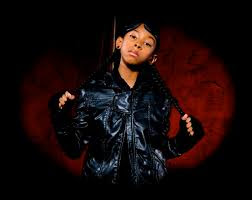 Mindless Behavior 's first BET award was greatly overshadowed by a joke they made presenting an award with Mike Epps. Ray Ray made the joke, “You sing bad…like Lauryn Hill’s tax accountant bad,” in reaction to Mike Epps attempt at singing. In lieu of Hill facing years in prison for her recent tax evasion case the joke was not taken lightly by the audience and caused a Twitter meltdown of people bashing the young group. Today Ray Ray called in to 106 and Park issuing an apology

“I want to apologize about the Lauryn Hill joke,” he said. “I didn’t mean no harm by it. I hope everyone can forgive me. It was like a big thing on Twitter and everything, so I truly apologize. I respect Lauryn Hill and all of them like that.”