Child star from The Hugleys arrested for murder 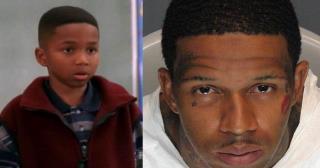 Dee Jay Daniels (real name Dorjan Lyndell Daniels), former child star of "The Hughleys," was arrested in California on possession of marijuana, premeditated murder and gang activity charges in connection with a fatal stabbing, reports E! News
The 23-year-old actor, who has also appeared on "ER," "Grace Under Fire" and "Family Matters," was reportedly one of three men who allegedly stabbed 26-year-old John Joseph outside Chitivah's nightclub in Stockton, Calif., in August 2011. At the time, Stockton police said the incident was sparked by a feud between rival Crips and Bloods gang members.
Daniels, who faces life behind bars if convicted, is currently being held in San Joaquin County jail with no bail, reports Radar Online. -Huffington Post