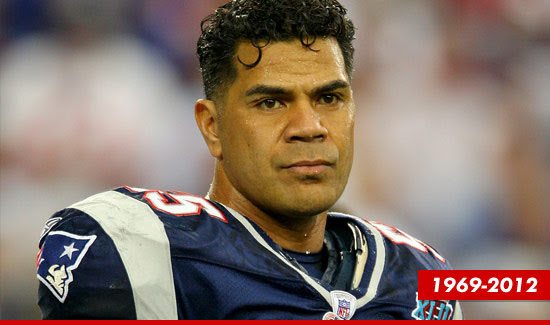 Junior Seau, a 43-year old 12-time NFL Pro Bowl linebacker, was found dead today in his home, the result of a gunshot wound, police confirmed.
Police are investigating the shooting at the Oceanside, Calif., residence of the former New England Patriot and San Diego Chargers football star as a suicide. Police confirmed that Seau was found by his girlfriend at his beachfront home with a gunshot wound to his chest.

Seau's death, by gunshot wound to the chest, is similar to the way former Chicago Bears defensive back Dave Duerson died of suicide. Duerson shot himself in the chest on Feb. 17 -- a method used so that his brain could be examined for symptoms of CTE (chronic traumatic encephalopathy), a trauma-induced disease common to NFL players and others who have received repeated blows to the head. SOURCE