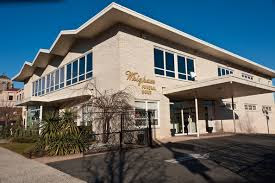 Whitney Houston has been the talk of the world since her sudden passing on February 11, 2012. While the world was still in mourning, the trashy magazine known as the National Enquirer posted a picture of Whitney Houston in her casket on the front page on their latest edition. Immediately the world was in an uproar, and rightfully so. Many people initially blamed the funeral home and accused them of the selling the photo, at the same time the funeral home refused to speak on matter. Well, they have officially broke their silence on the matter. Check out the press conference below.