Rihanna and Chris Brown team up for new song 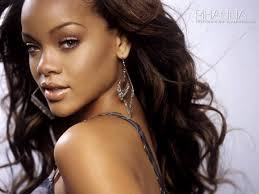 The blogsphere is going crazy with reports on who Rihanna has been in the studio with! If you recall on Rihanna's latest album, Talk That Talk, featured the song Birthday Cake which was only 1:18 long...Rihanna took to Twitter to ask her fans who she should feature on the song....
According to Billboard.com Rihanna is featuring ex-boyfriend Chris Brown on the song.

Over the weekend, Chris Brown and Rihanna were seen leaving a West Hollywood studio, separately. Co-producers of "Birthday Cake," Da Internz -- comprised of Kosine and Tuo -- hinted on the collaboration when they told MTV News that the cameo on the track would "shock the world."

"It's gonna be crazy," Tuo said. "And the feature on there is gonna shock the world," Kosine added.  SOURCE
Check out the original song below