As always I will be posting my review on the 2012 Grammys...my likes..my dislikes. keep in mind the following comments are MY opinion.  Check out the review and performances below. Overall I gave the Grammy's a C. Find out why after the jump.

LL Cool J hosted and did a great job. I swear that man doesn't age...Whewwww. I loved the fact that he opened with a prayer from Whitney Houston...it was so touching.

Shortly after the prayer they showed a clip of Whitney performing "I Will Always Love You" in a past Grammy show.
The show opened up with Bruce Springsteen
Bruno Mars took the stage and did a phenomenal job!!! I loved his energy, his outfit, the dancing, the music....everything!!!!

Alicia Keys took to the stage to honor Etta James

The Grammy for Best solo pop performance went to Adele...and she was well deserving. Did yall catch Bruno Mars tantrum back stage? Yeah....no comment.
Chris Brown returned to the Grammy stage with an exhilarating performance of Turn Up The Music and Beautiful People

Best Rap Performance went to Kanye West and Jay Z for Otis, hedging out Nicki Minaj, Chris Brown, and Wiz Khalifa...not a big shock there.
Kelly Clarkson and Jason Aldean took the stage shortly after.
The Foo Fighters performed outside for the fans that couldn't make it inside the actual awards show
Rihanna and Cold Play team up on stage performing "We Found Love" and "Paradise" 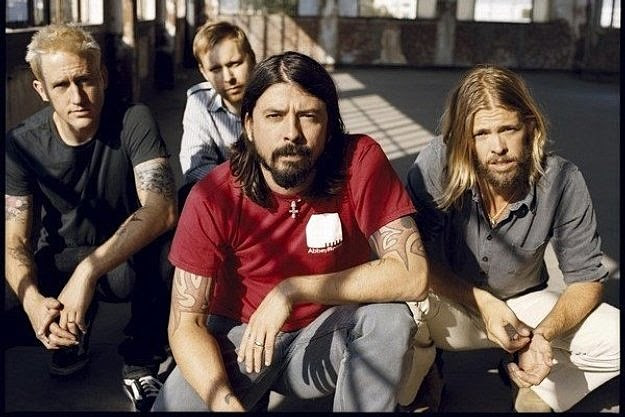 The Grammy for Best RnB album went to Chris Brown for F.A.M.E
Taylor Swift was up next 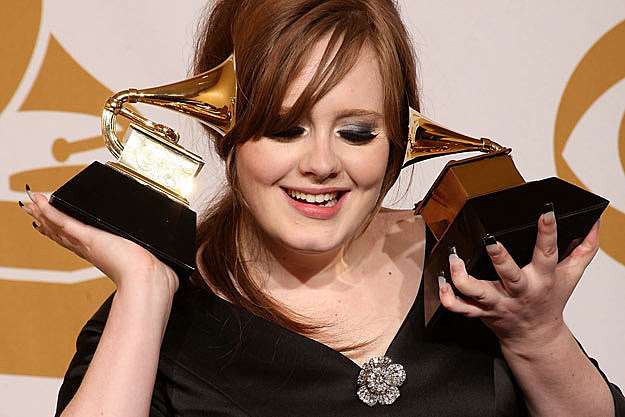 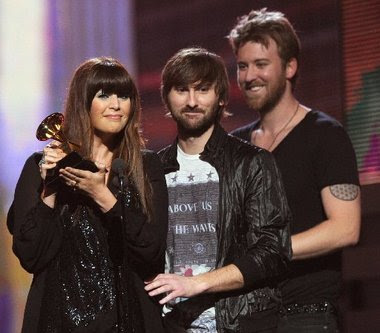 The Grammy for Best New Artist went to Bon Iver
The Grammy's had a visual tribute to the fallen members of the entertainment industry including a heart touching, emotional performance from Jennifer Hudson in honor of Whitney Houston.
Chris Brown, Lil Wayne, and the Foo Fighters come together for a mash up performance
Nicki Minaj was up next


Paul McCartney took the stage to close out the Grammy's with a Beatles tribute.

Nicki Minaj and her Red Riding Hood outfit was ummmmmmm...sigh...I dunno. I kinda dig it but I kinda dont.

I love Bruno Mars but I want him to give Anita Baker her hairstyle back and get a new one...and Im almost positive him and A Keys had the same hair stylist.
Why wasnt Kanye West at the awards? Absolutely no reason he couldnt be there...but whatever.

Rihanna's dress was hott but her hair look like a wet dog....not a fan of the blonde. PS She is a terrible singer...just my opinion though.
Jack Black was super animated as always!!
I loved the fact that Victor Cruz did his lil dance. LMAO

I really need Stevie to get rid of those dreads...he just has to...
FAME did not deserve RnB album of the year in my personal opinion but hey....
Taylor Swift performance was just terrible...I felt like I was watching a farm movie or something...I hated it!
Katy Perry's superhero outfit with that blue hair was ummmmmm
Adele sounded awesome after her surgery.
Is there any reason that Etta James, Vesta Williams, and Don Cornelius werent included in the visual for people that passed? The Grammy's dropped the ball hugely.
Diana Ross received her LIFETIME ACHIEVEMENT during the pre show?! Come on Grammys!!
I think Nicki Minaj had the dopest performance of the night...mainly because it was the most entertaining. She kept my attention the entire time. The theme was kinda weird but I loved it.