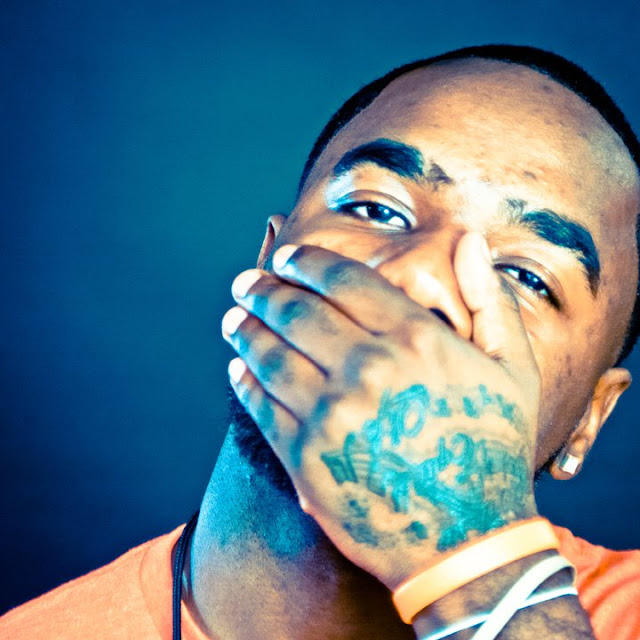 Pizzle is just one of the many Milwaukee rappers aiming to show the world Milwaukee has talent...so take notice. While Im not big on underground music Pizzle has completely changed my mind. Ive heard his name for a while but never took the time to check out his music...but once I did I was completely blown away.
Check out my exclusive interview with Pizzle after the jump.

Lets start by having you introduce yourself?
--Hello world, my name is Pizzle, a 23 year old artist from the North side of Milwaukee, Wisconsin. 1/5 of the group CMG. 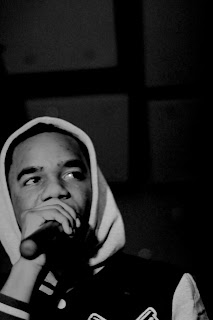 Where did the name Pizzle come from?
--The named Pizzle came from when i was very young, my middle name is spelled DePre, so i decided to call myself DP, as i got older people began to call me D.Pizzle, and eventually just Pizzle. I stuck with the name my peers gave me.
When did you first take an interest in music?
--When I was about 4 years old, i made it my duty to learn all the word to the song "Deep Cover", that song started it all, lol.
How would you describe your style of rap?
--I consider to be versatile, i use alot of different flows and alot of wordplay to keep listeners interested. I'm one rapper you can never be sure about how they'll deliver.
Where do you get your inspiration for your music?
--My personal life and other music, hearing some of my favorite artists make great music makes me want to make even better music, its like a challenge.

Your last project, Fame in Vain, has received rave reviews and a lot of attention; what was your mindset when creating it?
--Going into Fame In Vain, my main focus was to make an album that could compete with anything in the industry, i wanted to ensure that the production and lyrics were all on point and make sure i follow the direction I made for the album. That formula seemed to work out pretty good for me.
My favorite song on Fame In Vain is Super Dope, what was the inspiration for that song?
--While I was making Fame In Vain, i knew i wanted to make a fun, high energy song. A song that would highlight the flow patterns of Dooch and I without being too serious so we could just rap all over the place. I just came up with the braggadocious hook, like if what y'all do is dope, our shit is Super Dope!

"Live Like A King" featured award winning songwriter Rico Love, how did that collab happen?
--Twitter, somehow Rico found my video for my song "SnapBack Music" and posted it on Twitter saying "This dude is dope". I saw it and let him know it was me, he followed me and dm'd him one day asking for the feature, he said he'd do it if he liked the song i sent him.
What was the biggest motivation for creating that song, what triggered the idea for that concept?
--I just saw it as an opportunity to give people 2 drastic views about the same subject, you get to hear the view of an artist trying to make it in the game, and the view of an artist who has obtained success and it all flows together and is completely genuine.

After the success of the song you went in the studio with Rico in Miami; what was that experience like?
--It was great! I got to meet a few famous people, see Rico record future hits in person, record a track with Rico & Young Chris and party!
What do you think you learned the most from that trip?
--Rico works hard and just showed me that you have to produce at a high level in order to get where he is, it made me come back home in over drive, this will be a very productive year for me just off the strength of that trip.
Your new upcoming mixtape is Insomnia; whats the significance of the name?
--No sleep, no breaks when you're trying to make it, and even after you do make it. You have to stay visible, and after the release and success of Fame In Vain, I just wanted to let people know I didn't let up, I've been working non-stop.
What can we expect on the mixtape?
--I call it a traditional mixtape, I'm rapping over a few industry beats and original joints as well. There's no direction or format, it's like a collage of music I recorded randomly just because I had the urge to, I wasnt going to release it because i wanted to follow Fame In Vain up with more "big" music. but this mixtape will be an anomaly for my EP "DePreciated Art."
So whats next for Pizzle as an artist?
--More good music from the heart and whatever else God blesses me with from that!
Where can your fans get updates about your music?
--FameInVain.com and follow me on twitter @theFakePizzle