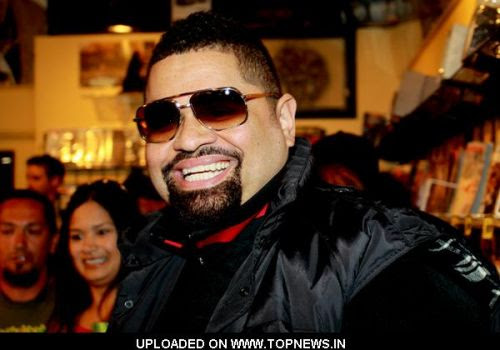 Rap legend Heavy D — one of the most influential rappers of the ’90s — died earlier today … TMZ has learned.
Heavy D — real name Dwight Arrington Myers — was rushed to an L.A. hospital around noon today … and was pronounced dead at the hospital at 1 PM. He was 44 years old.
We’ve learned a 911 call was placed from Heavy’s Beverly Hills home around 11:25 AM to report an unconscious male on the walkway .
When help arrived, we’re told Heavy D was conscious and speaking — and was transported to a nearby hospital.
He died a short time later.
Cops are investigating the death — and so far, there are no obvious signs of foul play.