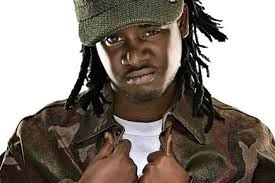 The man single-handedly responsible for the music industry’s obsessive trend of using machine-assisted vocals on their tracks has done the unthinkable and swore off the very thing that made him famous. T-Pain has vowed to never use Auto-Tune again, according to a statement published on Allhiphop.com.
“I vow right here, right now, to never use Auto-Tune again,” T-Pain told the website in a statement. “I’m onto something that I think is bigger and better called ‘The T-Pain Effect.’”So before Auto-Tune haters throw hands in the air notice that Teddy Pinherassdown said that he’s simply switching technologies. He’s going to something more proprietary.
The Grammy award-winning producer/”rappa ternt sanga” has reportedly partnered with an audio technology company named Izotope to exclusively produce the Auto-Tune competitor called the ‘T-Pain effect’. Jay-Z announced the death of Auto-Tune but T-Pain resurrected something new in its place it seems.
SOURCE