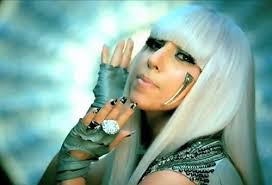 Just before she headlined Saturday night's Japan disaster relief benefit concert, Lady Gaga was sued over the bracelets she's been selling for the same cause.
According to the federal class action, the do-gooder pop star wasn't exactly being honest when her Web site claimed all the proceeds from sales of her "We Pray for Japan" wristbands would go to help victims of the March earthquake and tsunami.
A Detroit-era legal network said in its complaint, filed Friday, that Gaga kept part of the $5 that every customer paid for a wristband and inflated shipping charges so she could pocket more. She then counted even the money she allegedly pocketed in her donation figures, artificially inflating donation numbers, in order to make more money, the suit charged.
Gaga's deceptive advertising and personal profits from the bracelets violated federal racketeering laws and a slew of consumer protection laws, too, the suit claimed.
"When we tried to communicate with the defendants in this lawsuit, all we got was, 'well, some of the money is being retained, but we don't really know how much,'" said the 1-800-LAW-FIRM lawyer who sued, Alyson Oliver.
Catch the full article here SOURCE
.