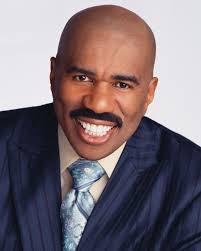 Steve Harvey’s best-selling novel “Act Like A Lady, Think Like A Man” will be hitting the big screen. “Think Like A Man” will star Taraji P. Henson, Kevin Hart and Michael Ealy. Henson and Ealy will star as a trouble couple.
The official synopsis from the best-seller is:
“Steve Harvey, the host of the nationally syndicated Steve Harvey Morning Show, can’t count the number of impressive women he’s met over the years, whether it’s through the “Strawberry Letters” segment of his program or while on tour for his comedy shows. These are women who can run a small business, keep a household with three kids in tiptop shape, and chair a church group all at the same time. Yet when it comes to relationships, they can’t figure out what makes men tick. Why? According to Steve it’s because they’re asking other women for advice when no one but another man can tell them how to find and keep a man.”
source