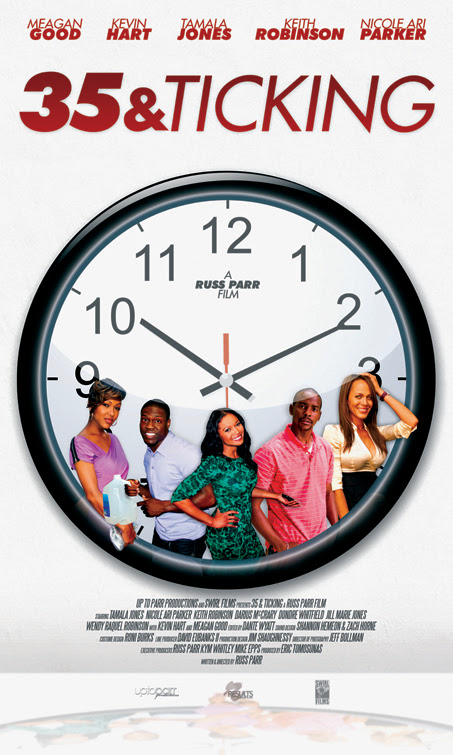 Release Date: May 20, 2011 (Atlanta/DC)
Director: Russ Parr
Producers: David Eubanks and Eric Tomosunas
Screenwriter: Russ Parr
Cast: Nicole Ari Parker, Tamala Jones, Kevin Hart, Keith Robinson, Meagan Good, Jill Marie Jones, Kym Whitley, Clifton Powell, Dondre Whitfield, Mike Epps, and Aaron D. Spears
Synopsis: Victoria (played by Jones), Zenobia (played by Parker), Clevon (played by Hart), and Phil (played by Robinson), friends approaching the age of 35, are all struggling to build the families they’ve always dreamed of. While Zenobia is still looking for a man to settle down with, Victoria is married, only to a man that doesn’t want children. Clevon, meanwhile, is too geeky to get a woman who could give him children, and Phil is already married with children, only his wife is not very interested in being a mother. All four of them try to rectify their romantic lives and futures while their biological clocks keep ticking away.