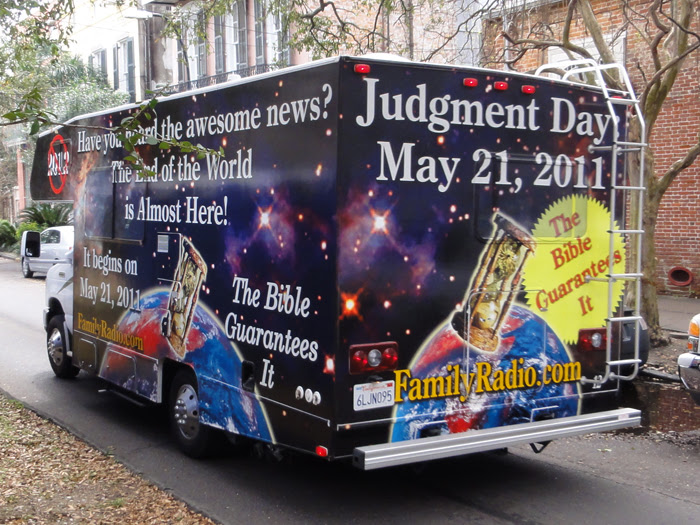 Now I dont buy into any of this personally. NO ONE knows when GOD will come or when the world will end.
But according one man, the end is very very near. Harold Camping, 89, of Oakland, Calif.-basedFamily Radiois standing firm in his claim that mankind has run out of time and the Creator of the universe is arriving this Saturday, with earthquakes around the globe heralding the event.
In fact, when asked how he was feeling in this so-called final week, Camping admitted he's already got a case of the shakes.

"I am trembling. I have never been at this place before," Campingtold CNN. "When we are only a few days away from the last thing that has to happen – the whole world destroyed by God – I have never been here before. Where can you get direction so you know how to feel?"
Camping's interpretation of Scripture has led many people to alter their lifestyles dramatically in order to take their message of the end of days to the streets, literally. A publicity tour called "Project Caravan" has been touring cities across America in recent months urging people to repent and prepare for the Second Coming of Jesus.