Tristian "Lah-Kid" Brown is a Milwaukee born and bred rapper best known and identified by his raspy voice and his real lyrics. A major misconception is that Lah-Kid changes his voice when he performs, he quickly clears that up by saying, “I don’t change my voice, my natural voice changes pitch like Im in puberty…I just learned to play with it and use it to my advantage”. He has been one of my favorite Milwaukee rappers since 2005 when he released "My Pain My Gift". I loved the song "Stop Falling" where he tells the story of growing up in Milwaukee in a single parent home which involved drugs. The song paints a picture of children growing up in the drug ridden neighborhoods of Milwaukee, but also shows that there is hope to get out of that situation. Fresh off the success of his recent album Lamborghini Dreams, I had the opportunity to get inside Lah-Kid's mind with an interview. We discuss his recent album, his thoughts on the importance of music videos, and his upcoming project CMK: Pretty Pistol Tony.

Check out the interview after the jump. 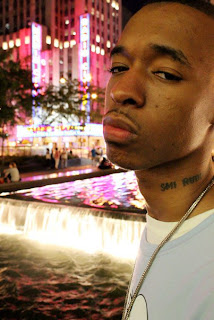 How did you get the stage name Lah-Kid?
I was giving the name LAH-KID by my older brother and it came from a character in the movie belly...me and best friend use to always hang around older guys in my hood and my brother started calling us Wize and Lah-kid cause that's what the characters in the movie did so it kinda stuck... its funny cause I had that name before I was rapping
When did you first take an interest in rap?
I always use to write raps when I was little but I got for real like in high school that's when I started to go to the studio and put out mixtapes.
Do you change your voice when you rap?
Actually I don't change my voice my natural voice changes pitches like I'm in puberty(Laughs). so with my music if I'm on  a record that is emotional or angry my voice gets a lil raspy when I yell... I just learned how to play with it and use it to my advantage...
How would you describe your sound?
I think I'm very well rounded  and versatile artist coming from Milwaukee and the Midwest you get a lil bit of everything as far influence..but my story and my subject matter is based off my real life experiences and emotions. 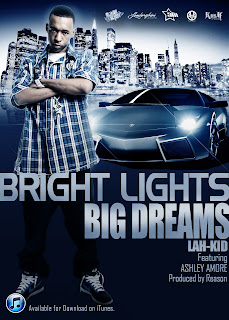 One of my favorite songs is "Bright Lights, Big Dreams", how did you come up with the song and video?
Thank u very much I appreciate that... but the concept of the record is that I'm dreaming(note* the opening line is "I cant stay awake cuz Im dreaming")  and doing all the things i would do if i made it and reach that ultimate peak of success I'm also describing the trials I had to go through to get there its very motivational... and for the video i wanted to stay on the motivational theme and show my progression in my career that's why u see me at shade 45 on the video and enjoying the bright lights of New York City!!!

Lets talk about the album Lamborghini Dreams, what is the theme of the album?
Well i wanted to tell people the story of a man who is absolutely obsessed with obtaining the finer things in life... the American dream.. and doing it by any means, from a hood street perspective...well my perspective


What is your favorite song on the album, why?
I change my favorite song all the time but right now i have 2...
A song called "Promise" because it pretty much describes the whole theme of the album perfect and lyrically its some good lines on there...and the second favorite is "What U Gon Do" cause its shows my story telling ability..on the song I'm not alive but I'm reading a letter to my unborn child a letter i wrote before my death its very creative!! 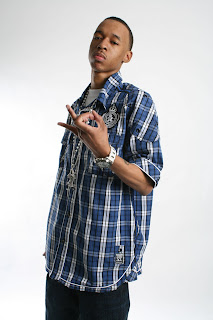 You were once in a group with 'Pacino', what the biggest difference between being in a group, and being solo?
Your like the only person who remembers that (laughs) that was so long ago... naw but i believed its a lot easier to be in a group then to be a solo artist as far as making the music anyways, Cause u can feed of each others ideas and make projects  a lot faster.. but for me I'm more comfortable as solo artist. as far as telling my story and marketing my brand they way i see it..


You have worked with numerous Milwaukee artists, any artist you would like to work with that you haven't had the chance to yet?
Kimberly she is a pop singer i think she is the dopest and as far as rappers i would love to work with Blizz Mcfly and the Cranberry Show i love they music


You have videos for a lot of your songs, how important are videos in the underground music scene?
Videos i believe brings your listener a lot closer to u..music is so saturated on the net but the video brings the music to life it makes them believe u and relate to u more... it also shows that your dedicated to your craft
cuz u cant slow up.... u gotta keep the music and the videos coming!!! 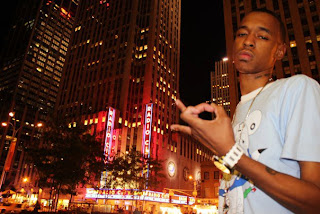 Any upcoming shows and/or projects in the works?
I'm bout to drop the 3rd and final installment of my "CMK" series its called "Pretty Pistol Tony" that will be out end of may/early June on my site www.lahkid.com so look for that my video "Got many names" will be out next month as well and after i drop that hopefully i hit the road. Ima keep my peddle on the gas just expect more music and more videos this year from me ... o yea Lamborghini Dreams is on iTunes...Zoom Zoom!!

Check out Lah-Kid's "Goin" music video which is the first single off CMK3: Pretty Pistol Tony