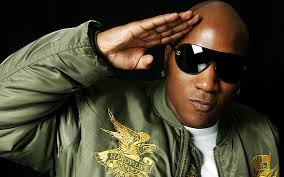 Young Jeezy fans rejoice. After a series of delays, theAtlanta rapper has finally set a solid release date for his oft-delayed album Thug Motivation 103.
Jeezy’s fourth studio LP is scheduled to drop on July 26, Rap-Up.com has learned. TM103‘s release coincides with the sixth anniversary of his debut Let’s Get It: Thug Motivation 101.
In preparation for his summer takeover, Jeezy sent out his first tweet this week announcing the album’s completion. “#TM103 Is Done!!! The Summer Will Be Crazy!!!” he wrote.
The project’s first offering “Ballin’” featuring Lil Wayne was sent to digital retailers last week. Travis Barker revealed that he plays drums on the album’s intro produced by Drumma Boy. “It was like this epic, Braveheart-sounding intro,” he told Rap-Up.com.
source