Donald Trump back on campaign trail?! 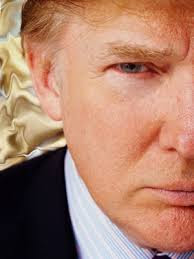 The billionaire business mogul phoned into Fox News’ “Fox & Friends” this morning to lament the state of the Republican field. He took issue with Mike Huckabee exiting the race, saying he’s sure Huckabee could win and he’s still sure he could have won. Trump refused to rule out a late entry into the Republican presidential field.
“Who knows if I did the right thing,” he said. “I am not seeing a lot out of the Republican candidates.”
Asked if there’s any chance he’ll jump in later in the race, Trump replied, “I can’t rule out anything … [It's] vital that we choose the right person, and at this moment, I don’t see that person.”
SOURCE