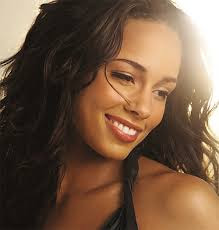 Its been 10 years since Alicia Keys first hit the scene with "Falling", she will commemorate her groundbreaking debut album "Songs in A Minor" with a special deluxe collector’s edition on June 28th! She also will be performing an intimate concert for her fans at New York City’s historic Beacon Theatre on June 30th. (Order your tickets from TicketMaster starting May 6) The night of songs and storytelling will take audiences through the entire songs in A minor album as well as many of Alicia’s classic hits that followed.