Patient infected with HIV after transplant 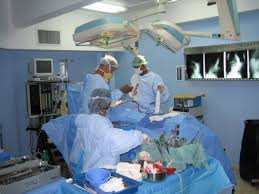 The New York State Department of Health says for the first time an organ recipient has contracted HIV, the virus that causes AIDS from a live kidney donor at an unnamed city hospital.
The health department will not identify the hospital for protection of the patients’ privacy. A spokeswoman for the health department says it’s the country’s first documented case where HIV was transmitted from a living organ donor since a test for the virus was introduced to screen donors in 1985.
Now the department recommends that health care facilities screen potential donors for HIV and both Hepatitis C and B within 14 days before the organ transplant.
The Centers for Disease Control and Prevention has not issued organ donor screening guidelines since 1994. An update to the current guidelines is expected from the CDC this year.
(via BMS)