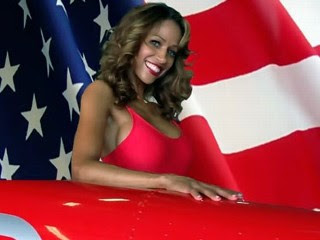 I guess I just dont see what the big deal is that Stacey Dash is a Republican....I mean everyone is entitled to their own opinion and the right to pick their own political party. But nonetheless, actress Vivica had the following to say about Dash's endorsement.

“I don’t know why Stacey Dash had to do a photo shoot in a Baywatch red swimsuit with the boobs and the whole flag behind her,” Fox said. “And she doesn’t have a job or something to promote right now. I just didn’t get it. She’s entitled to her own opinion but it was just surprising that first of all she was a Republican, and that she did it the way that she did. Most politicians when you support them, you try to support them with class, you don’t need to do a swimsuit shoot.”