By TammyTalks October 30, 2012
Check out this editorial submitted by @IamCoachBond on Twitter 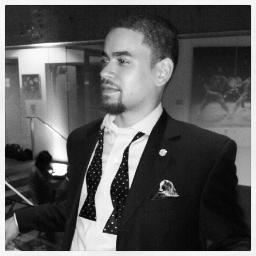 My 10 thoughts on controversy surrounding Zoë Saldaña playing Nina Simone in an upcoming film about Nina to be released in 2013:

1) This is not, and should not be, a controversy. Period.

2) It speaks to how broken we are as a people that we actually devote time, energy, and the perception of brain cells, to a topic that boils down to light-skinned vs. dark-skinned.

inted out, an actress should be chosen because of her talent, not because of her looks. In an ideal world you'll get talent and looks (i.e. Denzel playing Malcolm), but short of that it's a lot easier to modify looks than to make someone talented. Zoë has talent and will do a good job. And I'd bet Nina would care a lot more about the part being played accurately and well than having a splitting image of her.

4) Jill Scott's comments on the topic were great: ‘Zoe is an incredible actress. I think that there should be some work done, like a prosthetic nose would be helpful and definitely some darker make-up... If Forest Whitaker can become darker in The Last King Of Scotland then I believe Nina should be treated with that respect.

6) I'm ashamed to say that my people are the only ones who'd have a problem with the following scenario: a) Historic Black singer/activist dies. b) 10 years later, movie to be made about Historic Black singer/activist. c) Excellent Black actress chosen to play role of historic black singer/activist. And don't give me the "she's not Black" bullshit. The frequency with which you people change your definition of "black" to fit your argument in maddening. Let's not apply technical definitions where they don't belong because you're not talking about anything symbolic. Also, did you have a problem with a Puerto Rican singer playing a very Mexican Selena?

7) I'm no Nina Simone expert, but I THINK she would have had more of a problem with a singer who is low enough to sing about crispy chicken for money (Mary J. Blige) playing her, than someone who's a few shades too light.

8) Where the fuck was all of this outrage when Tyler Perry was chosen over Nzingha Stewart to direct "For Colored Girls..."? That was an ACTUAL poor choice. Come to think of it, where's the outrage over EVERYTHING Tyler Perry puts out? Gun toting, dress-donning Perry as a shucking-and-jiving grandmother is fantastic, but Zoë as Nina Simone is the end of the world. FOH!

9) Now, in defense of a Zoë alternative, if you asked me before any casting has taken place who should play Nina Simone, I would have said Viola Davis. She's an incredible actress who looks a bit more like Nina. Absent Viola (which could have not happened for any number of reason), I applaud the choice of talent over looks.

To submit articles or thoughts to be posted on TammyTalks.com email us tamara@tammytalks.com put GUEST BLOGGER in the subject line