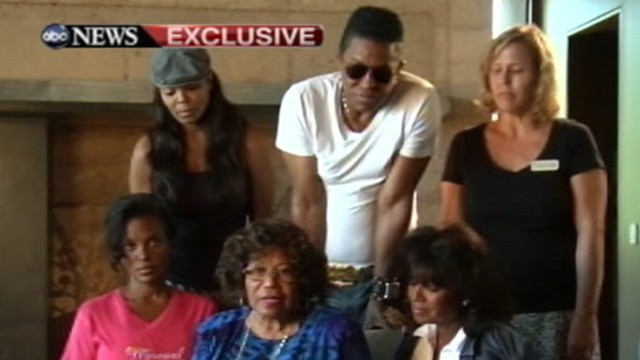 Yep...the title is correct. Janet Jackson along with Randey, Jermaine, Rebbie their kids and their spouses have all been banned from Katherine house. Yes Katherine Jackson....their mother.

According to a legal document issued from MJ's estate

"Given the circumstances of the last two weeks, and in order to protect the children and Mrs. Jackson, the Executors believe that it would not be appropriate to allow the following individuals to enter the residence or its grounds and we instruct the security to preclude the following from entering the residence or the grounds: Randy Jackson and any of his children, Janet Jackson, Rebbie Jackson and any of her children, Jermaine Jackson, his wife and any of his children, Janice Smith, or anyone else who was involved in the recent events that led to Mrs. Jackson's separation from and inability to communicate with Michael's children, or any agents or representatives of any of these individuals," Weitzman wrote.

I can only see this getting messier and messier