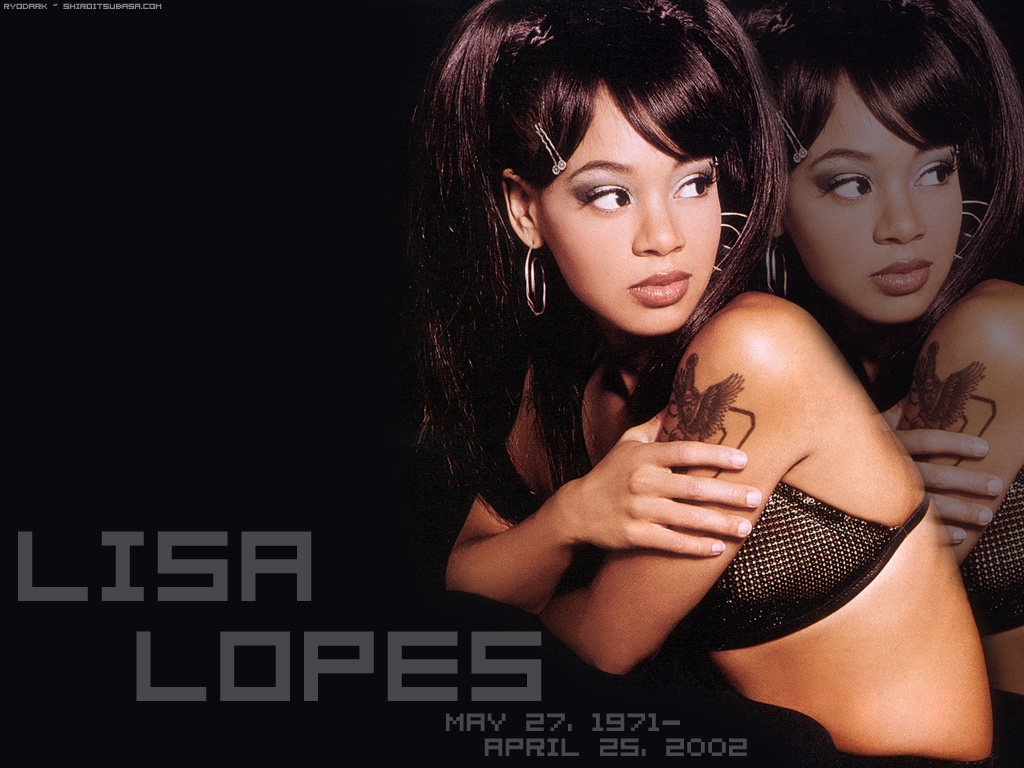 Today marks the 10th anniversary of rapper Lisa "Left Eye" Lopes's death. TLC is still on the dopest female groups in my opinion. Chili and T Boz reently did an interview with Essence Magazine recanting the horror they felt on the day they lost their sister 1o years ago.


T-BOZ: She died a day before my birthday. I remember everything. I was with security in my Porsche and I said to them, ‘I feel like I’m going to get in a wreck and I want to go home.’ The driver said: ‘Well that’s on the other side of town.’ I didn’t care; I wanted to go home. I just felt something was going to happen to me, but it wasn’t me it was Lisa. I was sitting in a rocking chair in my daughter’s room after putting her down when I got a call from Chilli. She was screaming. I had just gotten out the hospital from fighting sickle cell so I had to be careful about getting upset. Everybody was trying to keep me calm.

I remember staying up all night and Patti Labelle and Missy Elliot calling me. Whitney Houston was at Lisa’s Funeral. She sat behind me and rubbed my shoulders for two hours, while telling me ‘it’s going to be okay, it’s going to be alright.’ Right before that, I remember Lisa played a trick where she went missing and nobody knew where she was. This was the one time I wish she was joking and doing one of her stunts, but she wasn’t.

The biggest misconception of Left-Eye (the interviewer made reference to people labeling her as ‘the crazy one in the group’.

T-BOZ: That’s the part that sucked. The fire could’ve even been stopped if they stopped acting like little girls and put the fire out. That really could’ve been settled differently. I just really wish people would’ve known her for the sweet passionate person she really was. She was very creative too, I remember I was in the hospital for four months and she sent me a clock that she made and the clock read: “Take all the time you need.” She really put thought into things.
CHILLI: People didn’t understand how much of a heart she really had and how passionate and giving she was. She might have come across as someone who wanted to start trouble all the time but that wasn’t it; she just had a lot to say. Sometimes when you speak what’s on your mind—I’m talking everything on your mind, people can get a misconception of you. So because she spoke her mind, all of the time, it caused people to misjudge her.

On who they would like to play them in the Biopic

T-BOZ: It’s going to have to be new kids, I can’t think of anybody that can play us, it’s not just about looking like me or dressing like me, you have to have the attitude, the dance moves. The writer of the biopic, Kate Lanier, is amazing. She did the movies Set it Off and What’s Love Got to Do with It. Hopefully the movie will be out before the end of the year.
CHILLI: It’s going to be like a movie of the week on VH1. You know how the Jackson Five have the movie The Jackson Five: An American Dream? It would be like that. I love how they still show the Jackson Five movie now; they will show that for the next 40 years. [Laughs] I’m really excited about it; this was a dream of mine. I knew that we would have a movie about us one day. I want to go for someone unknown to play us. I really would prefer to reach out and find someone that resembles us and who really has the acting chops and who can dance.

When you think of TLC’s legacy, what are you most proud of?

T-BOZ: You know how now, it’s easy for Black people to make it on pop radio, back then it was hard. Michael Jackson was probably one of the first Black people to get on MTV and VH1 and then TLC “Waterfalls” was probably the second, it was so hard. I remember getting flowers for making it on MTV and then a special gift for making it on VH1—that was like a big deal! We had to bust our butts to get on a show. When I say we broke records and I worked for mines, I worked for mine! We had to work for every last single thing.
CHILLI: From the beginning to the middle and we’re not at the end yet but I loved that we never compromised our values when it came to the subject matter and what we talked about in our songs and how we represented ourselves as women. Starting out as young women, we didn’t care that people thought that we were a fad or if people thought we didn’t dress girly enough, we were just like “whatever.” We were able to accomplish that with three totally different girls, in a group.

Read the full interview over at Essence. SOURCE