Lil Wayne speaks out on Jay Z diss in "Its Good" Twitter and beyond was in an uproar yesterday when the Carter IV leaked, not just because the album leaked but because of the track "Its Good" featuring Jadakiss and Drake, which many have coined as a Jay Z diss track. Jadakiss took to Twitter almost immediately to defend his verse: 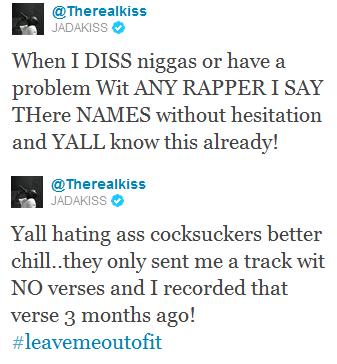 And this morning Wayne issued the following statement to Vibe Magazine
“I know there won’t be any repercussions behind what I did. I know for a fact music is about perception. You can’t do anything but perceive what you hear. I know that for a fact. So I can’t ever be upset about someone’s reaction. I’m not going to say I don’t know what would happen before I even say [something on record]. I do know what will happen. I’m aware of it. But it is what it is.”