WETV's Braxton Family Values took reality tv to new heights when it made its appeareance this April. The show follows singer/actress Toni Braxton, her 4 younger sisters, and her mother through their everyday lives. The shows exhibits both the trials and tribulations of every day life, as well as stresses and shows the importance of sisterhood and family ties. Braxton Family Values isnt your typical reality show with women, for instance there are no physical altercations or harsh verbal attacks on one another. They do have their differences but at the end of the day they come together as a family and are there for one another. During the show we witness the sisters go through a number of struggles: marital issues, alcoholism, father issues, and sibling rivalry.
I had the pleasure of conducting an interview with Trina Braxton "Queen Boom Boom", as her Twitter followers affectionately call her. If you follow Trina on Twitter you can witness how genuine of a person she truly is. Not only does she follow fans back, but she always takes time out of her schedule to tweet and interact with her followers. Aside from being a part of the group The Braxtons, Trina has also has acted in several plays including Tyler Perry's Meet The Brown, and co starred in two independent films. She is also a member of the band Simply Irresistible.
Check out my exclusive interview with Trina after the jump.

How has everyday life changed since being on the show? Any major difference?
Not much has changed with my everyday life, only people notice me when I’m out shopping, at a restaurant and ask me for my autograph, which I acknowledge very strongly because I love all my boom boom’s.

The show depicted you as the fun party girl, “The Wild Card”, of the sisters, but we also saw a softer, more emotional side of you throughout the series as well. How would you describe your personality as a whole?
I have a very strong softer side, I am very fun, but I would not call myself “The Wild Card”, I showed the world my life as a whole and refused to sugar coat my life because I felt obligated for everyone to get to know me for who I truly am.

You dealt with a lot of personal struggles during the show, do you have any regrets on allowing the world that deep into your life?
I have no regrets at all because, I had to use the show to condition myself, saying that, it self was therapy watching what I was going through, helped me and my family though the hardest situation of my life.

Even though you went through a lot you still seemed to have a smile on your face and come across very optimistic (which is great), what advice would you give to anyone who may be in a situation similar to yours?
I would say smiling is the very start for moving on, you cant move forward without smiling because you will constantly build a wall reminding yourself of heartache. 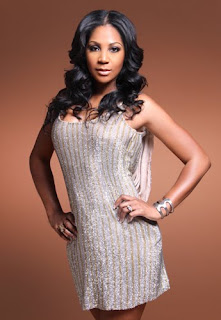 Your sons weren’t really present on the show compared to your nephews and niece, was this intentional on your part to shield them from the public?
Well yes and no, my kids really did not want to be filmed much because they are very private boys, and honestly with me dealing with battling alcoholism I had to be very precautious because now a days kids are cruel so I had to set in and focus on them first, and also they said for every episode they were in I had to pay them each $100.

From the small clip we saw of your band, Simply Irresistible, you guys sound really good, How did you get involved with the band?
The band is managed and co owned by Ronnie Garrett, he use to work with Toni years back and he approached me when he started putting everything together, and we started out as a cover band, now were performing my very own music.

Aside from singing, you also have a background in acting, which includes Tyler
Perry’s “Meet the Brown’s” play, which do you feel more passionate about, singing or acting?
Both are equally the same, that’s why majority of the plays I have taken part in are both acting and singing because I choose to display both of my passions. 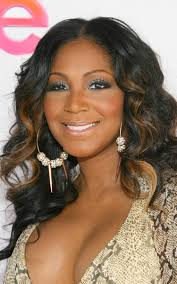 When did you first take an interest in acting?
Around 5 years old, me and my siblings started recording ourselves at home with this huge camcorder, putting together our very own plays, tv shows and even cooking shows.

You and your sisters all seem extremely close, but is there one sister you identify the most with, who and why?
Me and Towanda because we are closest in age were only 15 months apart, and our circle of friends are the same, but growing up my ace boon coon was Tamar.

You recently finished college, what made you decide to go back and finish your
degree?
Because like many people you start fresh out of high school and lose focus, but I had to show my kids how important academics are and also prove to myself that I could complete a huge task as this, and I am very proud of my accomplishment.

Any advice to anyone who is currently chasing their dreams?
Never give up, stay focused and keep God first, there will be a lot of people standing on the sidelines to tear you down but there are also more people believing in you, including me.

What can fans expect from Season 2 of Braxton Family Values?
Lots of Drama!!!! Just be prepared Nov. 10 at 9pm eastern