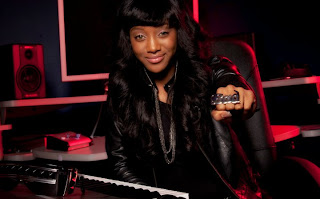 When did you first take an interest in music? When or how did you realize you were talented?
I have always been in love with the art of music! I noticed I had musical talent in seventh grade. When I was younger, I’d always listen to rap music, ranging from well- known artists to underground artists. When I wasn’t listening to music, I was writing poems or pieces of literature. My teachers, as well as family members, always told me that I was very creative and had “a way with words” when illustrating my thoughts through literature. Instead of letting my love for poetry go to waste, I found myself putting my poems to instrumentals. Thereafter, I developed a “flow” and wanted to tell a story when I rapped, not just talk about nonsense, so I work hard at fine tuning my lyricism and vocabulary every day

How would you describe your style of rap?
My style of rap is bold and speaks about topics older than I am that other people may think a fifteen year old shouldn’t even know about or be addressing.  Through my raps, I want to be the voice for all young ladies who want to pursue their dreams, even though people may doubt them. In addition, even though my style of rap consists of talking about touchy subjects, I also include a bit of comic relief for my listeners.
Who are you biggest musical influences?
My biggest musical influences are Kanye West and Lauryn Hill. I idolize Kanye West because he takes risks when it comes to his lyrics and subjects that he chooses to write about. He’s not afraid of what people will think of him or how the media will portray him, because he’s confident and passionate about the songs he writes and to him, that’s all that matters. I idolize Lauryn Hill because I feel that she’s one of the best female rappers to ever do it. She talked about important matters in her music, everyone could relate to her lyrics, and through them, she gave advice and guidance. To me she wasn’t just a rapper, but she created art and was a visionary. My mom actually named me after Lauryn Hill – Lauryn is my middle name.

What muses do you use for inspiration for your songs?
The muses I use for inspiration for my songs usually come from something I have witnessed, been a victim of, or have heard about it.
You have a track "Spotlight" with your sister, Lyric, what was the motivation for the song?
The motivation for the song “Spotlight” is the drive for fame that everyone has. At the end of the day, everyone wants to make it and be successful, but not everyone has what it takes. As a result of this, people will lead themselves to do things that they normally wouldn’t, just so they can be “remembered”. Every individual wants the “spotlight”, but what they do to get there truly shows who they are as a person.
If you could record a song with anyone, who would you pick and why?
I’d love to record a song with Missy Elliot. Not only is she a great artist, but she is also an amazing producer. Missy is creative and has vision which leaves her listeners and viewers in awe. I know that if I ever got the chance to work with her, when I left the studio, my product would sound beyond dope.

You recently covered Drake's, Marvin's Room, why did you pick that track in particular?
I picked to do a cover to “Marvin’s Room” by Drake because even though a lot of other female artists were covering it as well, they were all talking about the same thing, so I wanted to do it from a different perspective. Every girl was replying to Drake’s version, so instead, I replied to them (the females), saying that I was now the new girl that Drake was with.
You have well known successful parents, do you think that puts more pressure on you in the industry?
Being the daughter of a well accomplished woman in the entertainment industry and man in the sports industry has its pros and cons. The con to me being the daughter of Tami Roman and Kenny Anderson affects Lady Jazz, because most people judge me before listening to my music. They feel that I’m just another celebrity kid that’s trying to gain fame off of my mother and father’s name, but this is not the case. I’m pursuing music because I love it and I’ve developed a passion for it. As Brendan Francis said, “If you have a talent, use it in every which way possible,” which is the reason why I’m going to continue pursuing my dreams of becoming a well- known artist, no matter what anyone may say.
What do you hope to accomplish in your music career?
The goal I want to achieve the most would probably have to be winning an award for one of my songs or even an album if I get blessed to be able to make one. 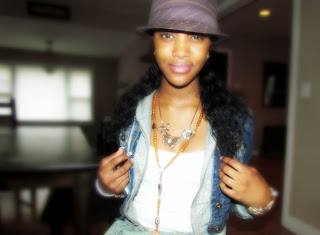 Is there an album/mixtape in the works, and when can we expect new music from you?
At the moment, I’m collecting tracks for my upcoming mixtape. I want my mixtape to be exceptional and for my listeners to be able to know me better as an artist when it is released. I don’t want to release garbage and have all of my supporters who were waiting disappointed, so that’s why I’m not rushing.

What is your Twitter/Youtube so your fans can stay in contact with you?
My Twitter is @TheRealJazzA and my Youtube is Youtube.com/ladyjazztherapper1. I make sure to answer all of my supporters!