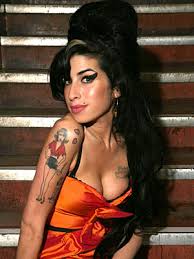 Singer Amy Winehouse was found dead at her flat in North London this afternoon.
'On arrival officers found the body of a 27-year-old female who was pronounced dead at the scene. The Back To Black singer was apparently found at the property in by emergency services at 3.54pm this afternoon, according to sources, and her death is being treated as 'unexplained' by police. In a statement, the Metropolitan Police said: 'Police were called by London Ambulance Service to an address in Camden Square NW1 shortly before 16.05hrs today, Saturday 23 July, following reports of a woman found deceased.  'Enquiries continue into the circumstances of the death. At this early stage it is being treated as unexplained.’
source