Jennifer Williams speaks out on argument with Evelyn 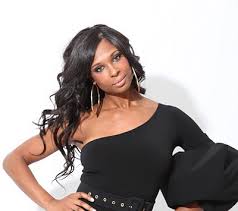 ‘Basketball Wives’ star Jennifer Williams is blogging for HollywoodLife.com, sharing her thoughts about each episode! Read what she says below!

Oh boy! Italy is supposed to be a wonderful romantic place, but for the Basketball Wives it is DRAMA! Let’s start with Meeka and Tami. Like I said to Meeka, we are all just getting to know her, but from what I can tell she just keeps sticking her foot in her mouth. She just keeps talking and switching stories. I can’t even follow what she is saying at this point! I think Meeka jumped in and wanted to make an impression and fast friends. We just don’t work like that … you have to let us get to know you.
As for the big drama with Evelyn … Let me start by saying that everything I said in that interview, I have said before and to her face in Season 2. I also feel like all the talks with Noe, Shaunie and Tami were unnecessary. I have known Evelyn for over a decade and if she has an issue with me she should have come straight to me. Talking to a bunch of people only instigates things and when Evelyn gets mad she just lets it build, instead of dealing with it right away in a calm manner.
The idea of me being jealous of Evelyn’s engagement is a bunch of crap and NO I don’t mess around with the same type of guys that Evelyn dates. I am just getting out of a ten year relationship and am very cautious about who I go out with. However, I do want to say that as a friend I would never do anything intentional to hurt anyone’s feelings. Evelyn and I have been through a lot and hopefully we will make it over this hurdle as well. Stay tuned…