$5 gets you a dinner with Pres Obama 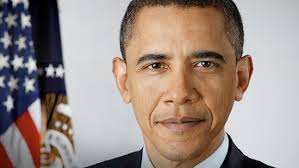 $5 bucks could buy you a dinner with President Obama! It’s a contest called “Dinner With Barack.” The President talked about it during a recent email to supporters, “If you make a donation today, you’ll be automatically entered for a chance to be one of the four supporters to sit down with me for dinner, please donate $5 or more today.”
This is pretty cool considering a dinner with the Prez can cost as much as $30,000! In a fundraising appeal signed by the president himself, the Obama re-election campaign is saying anyone who donates at least $5 on Wednesday automatically is placed into a lottery for a dinner with Obama. Four donors will get to attend the dinner, which does not yet have a date or a location.
“We’ll pay for your flight and the dinner — all you need to bring is your story and your ideas about how we can continue to make this a better country for all Americans,” Obama says in an e-mail message to campaign supporters. “This won’t be a formal affair. It’s the kind of casual meal among friends that I don’t get to have as often as I’d like anymore, so I hope you’ll consider joining me.”
The appeal comes as Obama’s campaign is ramping up its fundraising operations, looking to collect $60 million for the period from April to June.
SOURCE