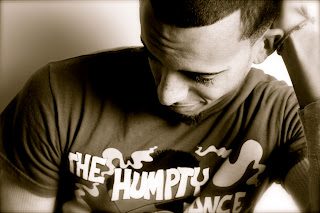 Who are you?
My Name Is NeCo And I'm 19 Years Old. I'm one of many rappers from White Plains, NY that are thriving and really making quality music and trying to make some noise not just on a local level but nationally as well. Out here we got artists like Big Wayde who's been grinding for awhile and was working with Dipset I heard and now he got a project out with Dj iLL WiLL from Cali and Dj RockStar from Toronto, so he's making moves. And we also got the producing duo of WKNR and one of the producers in the duo, Joe Parker, used to work with ID Labs and has some credits on Wiz Khalifa's "This Plane". So just coming from a place where people are really doing things and making a name for themselves, just makes me want to go harder and get my name out. But I'm just the messenger, thats WHO I am. I don't really make feel good music or party music. I can do that but my preference is substantial lyrics that people can relate too, something that opens your eyes and makes you appreciate the music. I've been told I remind people of a young version of Common, with the poetic feel I bring to records as well as a conscious approach. But I'm just here making music I feel in my heart and what I feel needs to be articulated.
What is your biggest motivation/inspiration?
My biggest motivation are all the people that hit me up telling me they love my music and what I speak about. There's people out here that are true fans of my music and videos but they are supporters. They genuinely want you to win and they want to see you succeed.
When did you first realize you were talented in your craft?
I started writing little poems and lyrics in between classes during elementary school, but it developed through High School. Growing up in New York, if you're in the rap scene you know if you don't have lyrics and bars, then there's no reason to compete. So in high school I would battle kids in my school and through social networks, people were hearing about me and I was battling other kids from around the Bronx and Westchester. I realized that it could be something more than just battle rapping at the Pizza Shop, when the head of a local Record Label took me under his wing.  He taught me a lot about confidence on the mic, and being aggressive and just having the whole persona of a rapper that all the greats had.  He really guided me early and told me early about building songs and talking about different shit then everyone else. So around 16 I began taking my self serious with my craft.
Where can fans see/hear more of your work?
You can check out my work at my website www.necodarapper.com or at www.youtube.com/necostv You can follow my twitter @_RegularGuy and just check out my videos and wait for my project that should be dropping late August or early September.
Why do you refuse to give up?
I refuse to give up because this is my dream. When you love something you don't give it up. If you love something then "give up" is not even a thought or a phrase in your vocabulary. Giving up is the hardest thing to do. Because after this is done, then what's left? Reality? Thats not life.