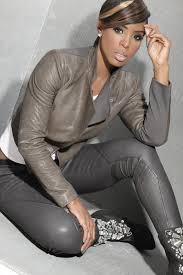 Kelly Rowland tells revealed to Billboard that her third solo album and first for Universal Motown will be titled Here I Am. Rowland stated:
“I wanted people to know that this is the record, the sound I’ve been working toward… that here I am,” she explained. “It just connected with my heart and the music as well. It stands for everything I’ve gone through and thought about for this record as a woman. It’s very strong.”