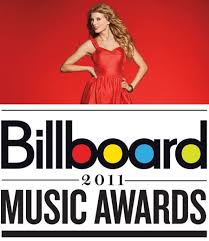 The 2011 Billboard Music Awards will air on ABC live from the MGM Grand in Las Vegas on May 22, in partnership with the Las Vegas Convention and Visitors Authority. The announcement was made today by Richard D. Beckman, CEO of Prometheus Global Media, which owns Billboard. The live broadcast will be co-executive produced by Mr. Beckman and Don Mischer of Don Mischer Productions.
"This show marks the first of several broadcast platforms we plan to build around the Billboard franchise," Beckman said. "We have an incredible network partner and with Don Mischer, one of the finest producers in the world. We look forward to entertaining music fans with Billboard's own rendition of a televised celebration of music."
The awards will reflect Billboard's chart rankings based on key fan interactions with music, including album, single and digital sales, touring, streaming and social interactions on MySpace, Facebook and other popular online destinations for music. These measurements are tracked year-round by Billboard and its data partners. The awards will be based on the reporting period of February 28, 2010 through March 1, 2011.  Top artists will be recognized in a variety of genres, including R&B, Rap, Pop, Country, Rock, Latin and Alternative.
(via Billboard)